7 Variants on the Regular Slotted Container Box You Might Need 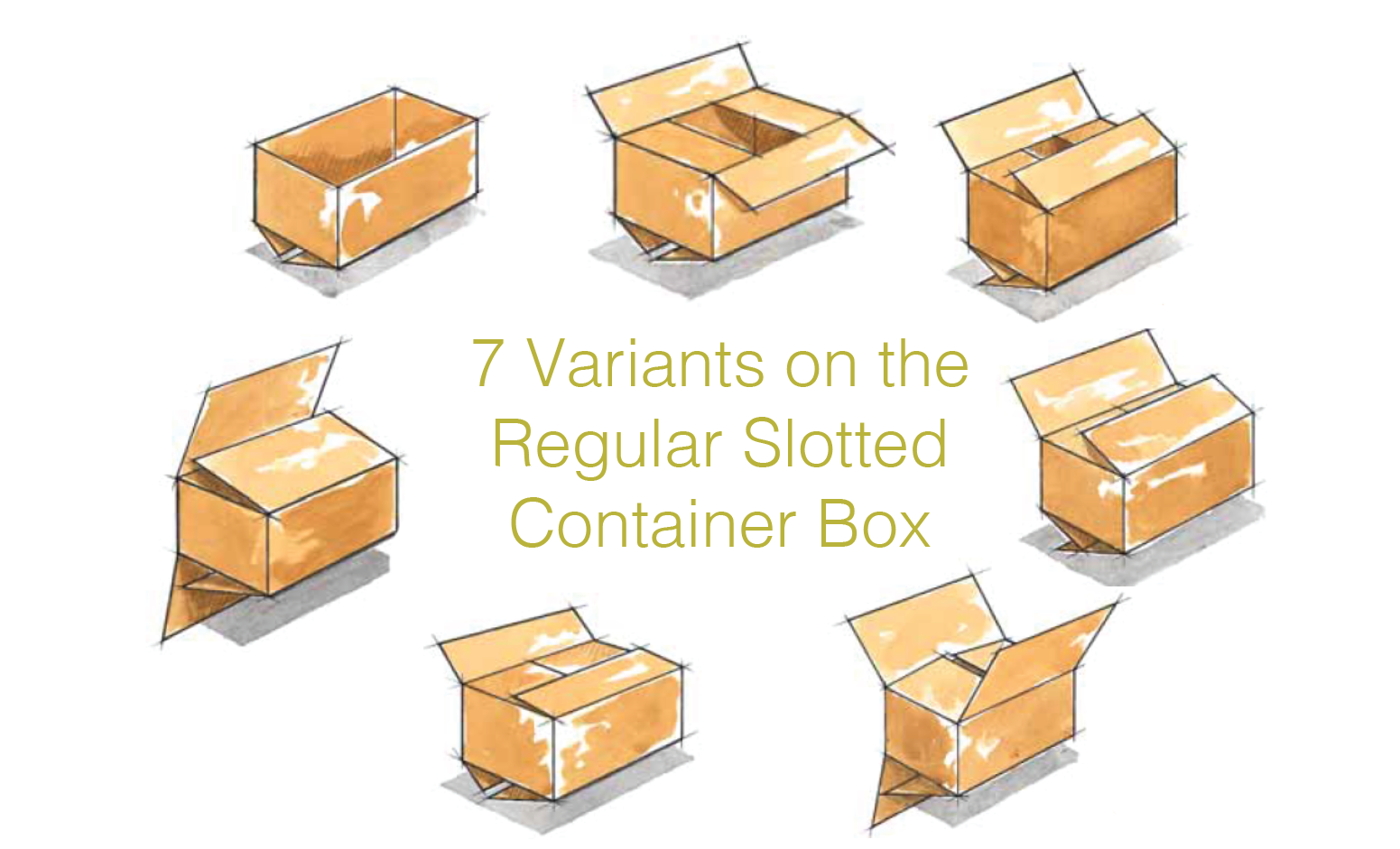 A few weeks ago we talked a bit about why the Regular Slotted Container (RSC) is the de-facto corrugated cardboard box. But there are several variants of the RSC that are used when the situation calls for it.

Before we get into each of these variants and what they are used for, let’s cover some box classification basics. The European Federation of Corrugated Board Manufacturers (FEFCO) developed the International Fibreboard Case Code. This code contains over 100 different box styles in 9 distinct series. Series 02 is known as Slotted Boxes, which is distinguished by being made from one piece of corrugated cardboard and is folded at a joint on the side panels. Of these, 0201, or the RSC, is the most common. The other six variants we’ll talk about today come from FEFCO series 02. 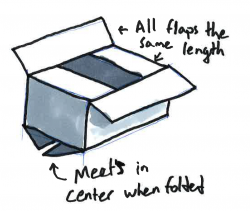 What it is: The most commonly used corrugated box. All flaps have the same length, and the two outer flaps are one-half the container’s width. This means the two longest flaps meet in the center of the box when it’s folded.

What it’s used for: Almost anything. This produces almost no waste when cut and is highly versatile. See our full post on the RSC for more info. What it is: Exactly the same as the RSC, except without one set of flaps.

What it’s used for: When you want something transported or displayed uncovered. What it is: Similar to the RSC. All flaps have the same length, but the two outer flaps overlap by an inch or more rather than meet in the center of the box. The box is usually closed with staples through the outer flaps.

What it’s used for: When transporting something that is much longer than it is wide. The overlapping flaps help keep the box flaps from pulling apart. What it is: All flaps have the same length, but the outer flaps completely overlap each other when closed.

What it’s used for: This style of box performs well in rough handling. The two box faces with flaps have extra thickness that can provide either extra cushioning, or more stacking strength—depending on which side the flaps are facing. 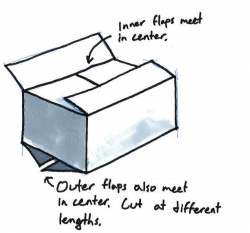 What it is: This box style is the first slotted container that has inner and outer flaps that are different lengths. Both pairs of flaps are cut so that they can meet in the center of the box.

What it’s used for: Like the Full Overlap Container, this box style sacrifices extra corrugated cardboard to offer more protection. Because all flaps meet at the center, the top and bottom of the box have double the thickness of corrugated cardboard, and the product rests on a level base when placed inside the box. What it is: When closed, the inner flaps of this box meet at the center. The outer flaps overlap. The amount of overlap varies depending on the ratio of length to width (this box’s length can not be more than twice its width).

What it’s used for: When you want a level surface for your product to rest on, but don’t want to waste the same amount of corrugated used to make the Center Special Slotted Container; this is a good choice. What it is: If I was giving out most convoluted name awards, this is the box that would win it. This box style has different length flaps. The inner flaps are cut to meet at the center, and the outer flaps completely overlap.

What it’s used for: When you want three full layers of corrugated cardboard protecting the top and bottom. This is the box style used when you want a lot of extra cushioning for your product. However, this box uses a lot more corrugated than a standard RSC of the same size would use.

All seven of these box styles can be easily made by any of our On Demand Packaging® machines. They’re kind of child’s play for us, actually. Stay tuned to this blog for more dives into what kind of boxes we can produce for you.

If you would like to learn more about what On Demand Packaging® can do for you, contact us today by filling out the form below.